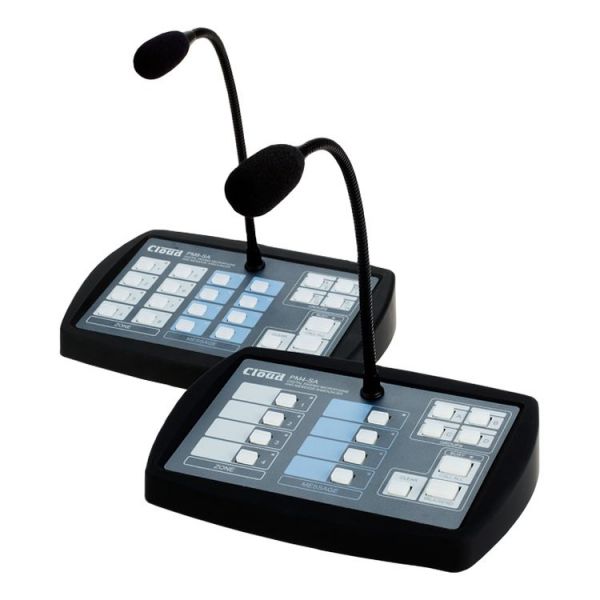 Up to four (PM4-SA) or eight (PM8-SA) pre-recorded messages, of any length, can be stored internally on a standard SD memory card, plugged into a dedicated card slot and accessed through the base plate of the PM-SA unit.

Messages for announcement and pre-announcement chime sound files (.WMA or .MP3) need to be prepared on a computer with a SD card slot, and then saved to the SD card.  For operational and security reasons messages cannot be overwritten by the paging microphone.

An SD card is supplied with each PM-SA unit, with pre-announcement chime sound files already loaded.

6 other products in the same category: