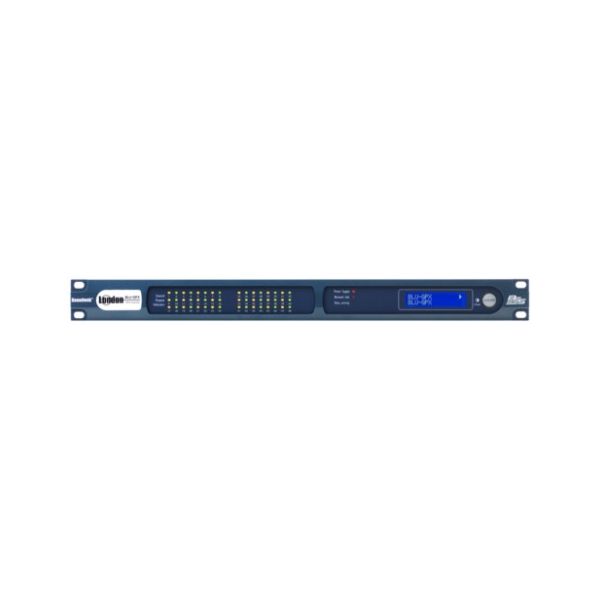 The BLU-GPX has 23 Logic Outputs. As with the Logic Outputs found on other Soundweb London devices, these Logic Outputs can be connected directly to voltage-controlled electrical components such as LEDs and relays.

The BLU-GPX has 8 integrated Relay Outputs, each with Normally Open (NO) and Normally Closed (NC) terminals. The Relays will open or close in response to HiQnet parameters, and they can be connected directly to resistance-controlled electrical components/circuits. These Relay Outputs reduce the need to source and deploy external relays.

The BLU-GPX has 47 Common (ground) connections. A multiplicity of Common connections results in simplified wiring to and from external equipment, reducing the need to span connections across terminal block connectors. Also provided are 12 Reference connections which facilitate 3-wire mode operation.

The BLU-GPX has open architecture which is fully configurable through HiQnet London Architect. A rich palette of logic objects and a “drag and drop” method of configuration provide a simple and familiar design environment. The device is configured, controlled, monitored, and powered via either of the two PoE-enabled Ethernet ports. The device can also be controlled and monitored via the serial port. For power source backup, an additional 12VDC connector is provided. A front panel ‘Power Supply’ LED provides convenient indication of power supply status.

The BLU-GPX has a software-programmable 4 kHz piezo buzzer for audible indication of user-defined events.

A bi-directional locate function allows devices to be identified both from and within HiQnet London Architect.

The BLU-GPX and the other members of the Soundweb London family provide the building blocks of the perfectly tailored system solution.

3 other products in the same category: